Last Monday (June 2nd) we headed up to Baywind in Cumbria, the second stop on our community energy cooperative tour of the UK, joined again by our lovely video-grapher Rani (read more about our tour and forthcoming film). Unfortunately it was an early start for us all (5:30am from Euston) but it was worth it to see all of this: 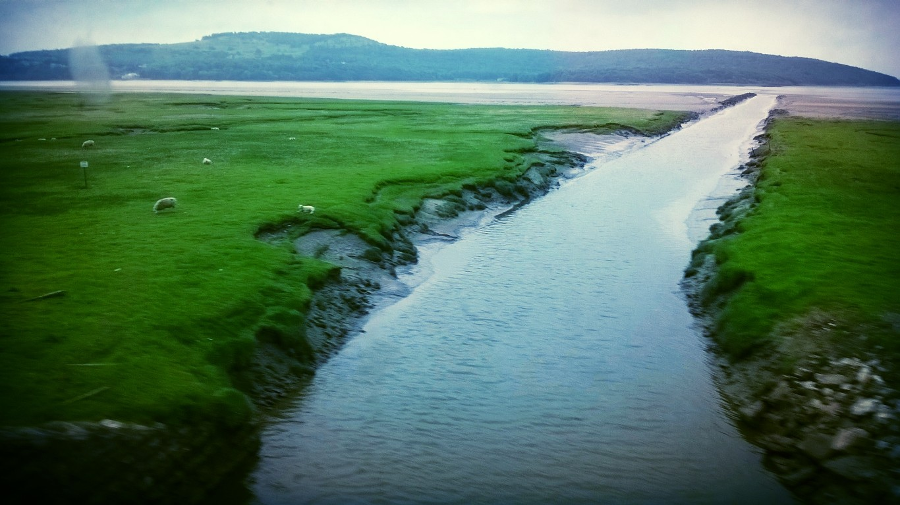 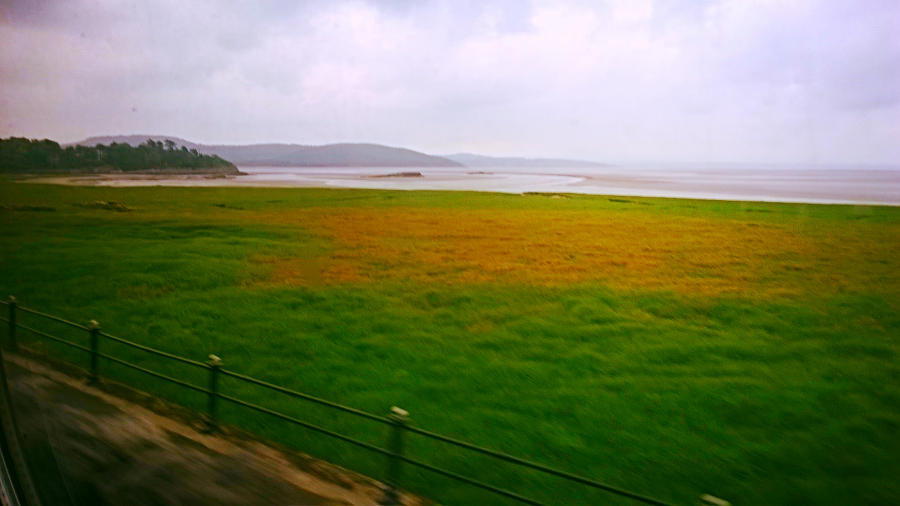 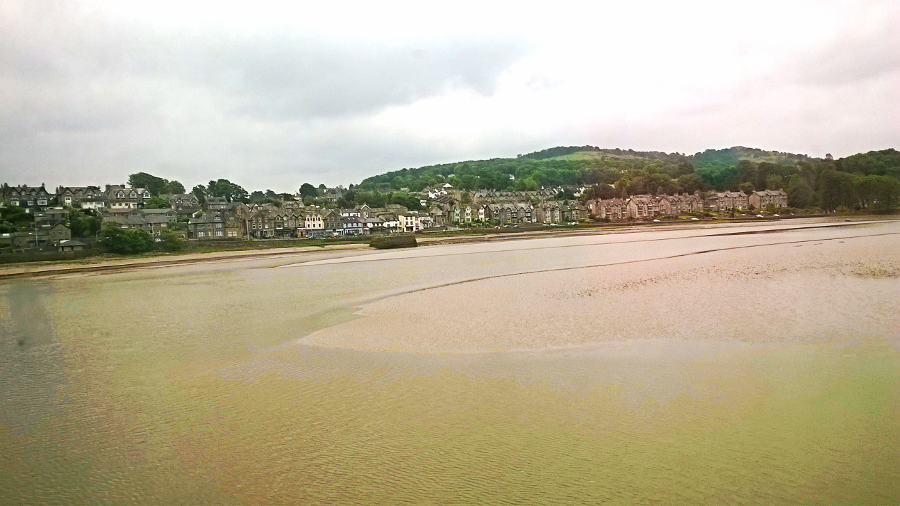 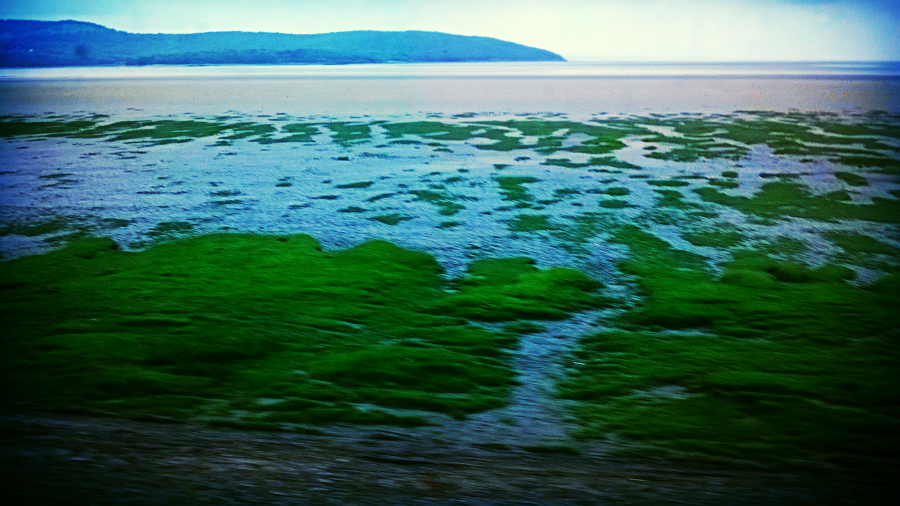 Train journey from Lancaster to Cumbria.

….And also to have the pleasure of working with the lovely people of Baywind on this project. 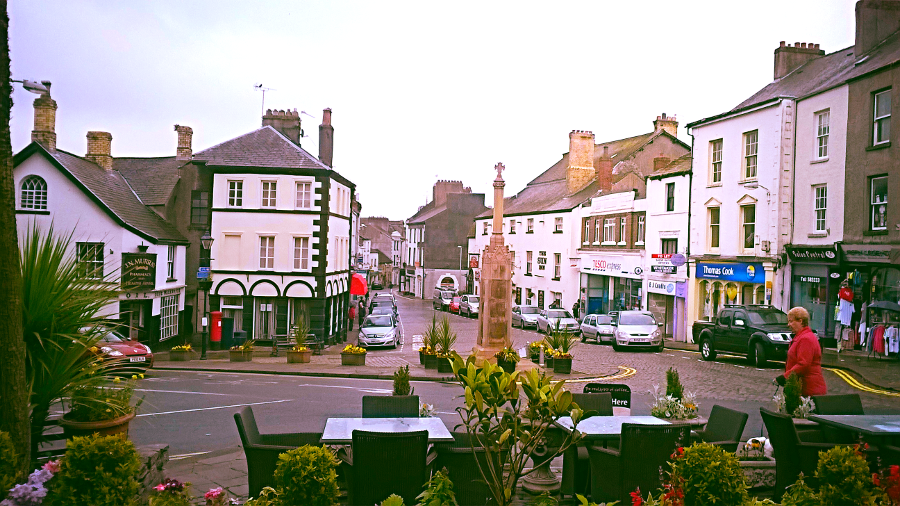 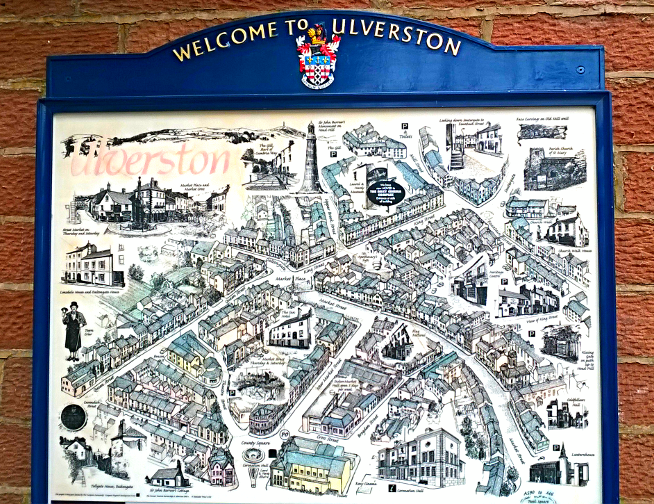 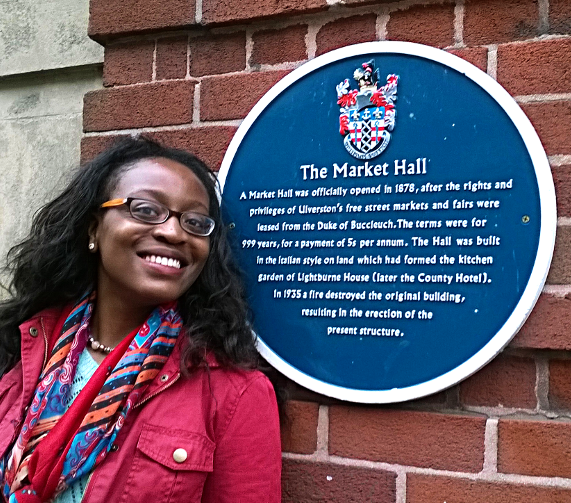 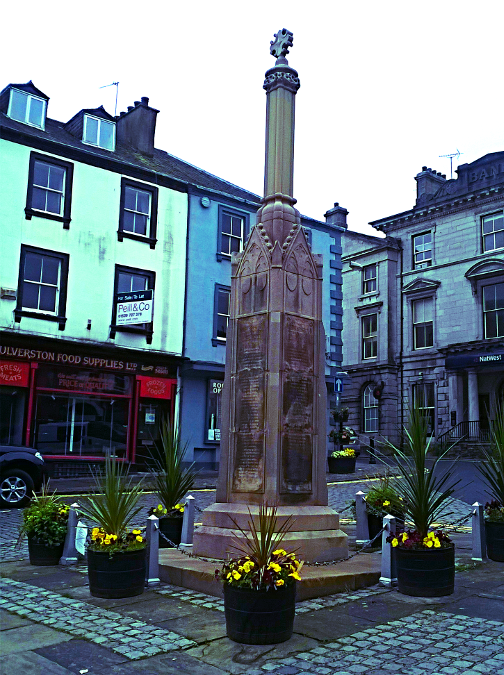 To begin with we made our way to Ulverston, home of the Laurel and Hardy museum, and Sir John Barrow, where we were kindly picked up by Richard (Press Officer); who then took us on a somewhat dizzying car-ride up various hills to Harlock Hill, where their Wind turbines were. 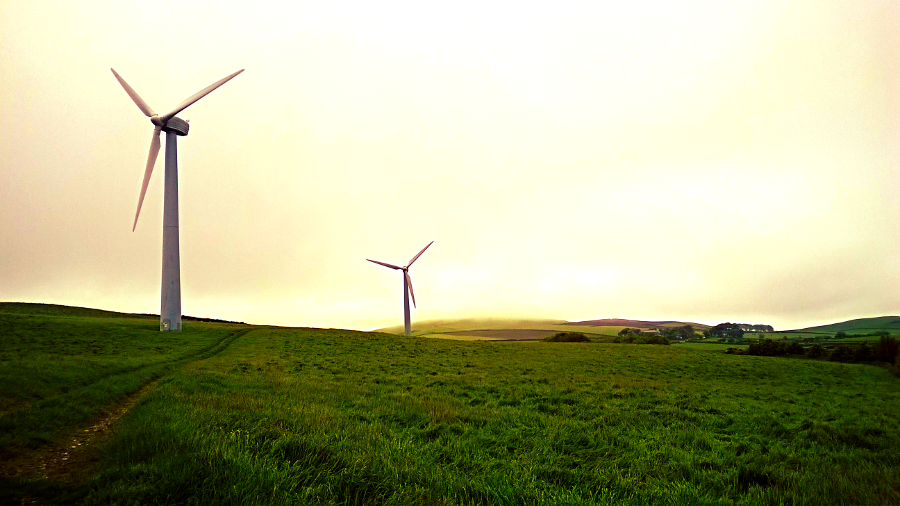 Harlock Hill, with two out of the five wind turbines on this site.

It is a huge site, housing a number of Swedish wind turbines, whom the group initially partnered up with for three years to bring the project to fruition. The Site Manager Jack jokingly called them old, as when they first came to Baywind they were from an old batch, and have since been standing for around 17 years. We had a really insightful interview with Richard the Press officer for Baywind, about the consistency of power and the flow of power into the national grid. 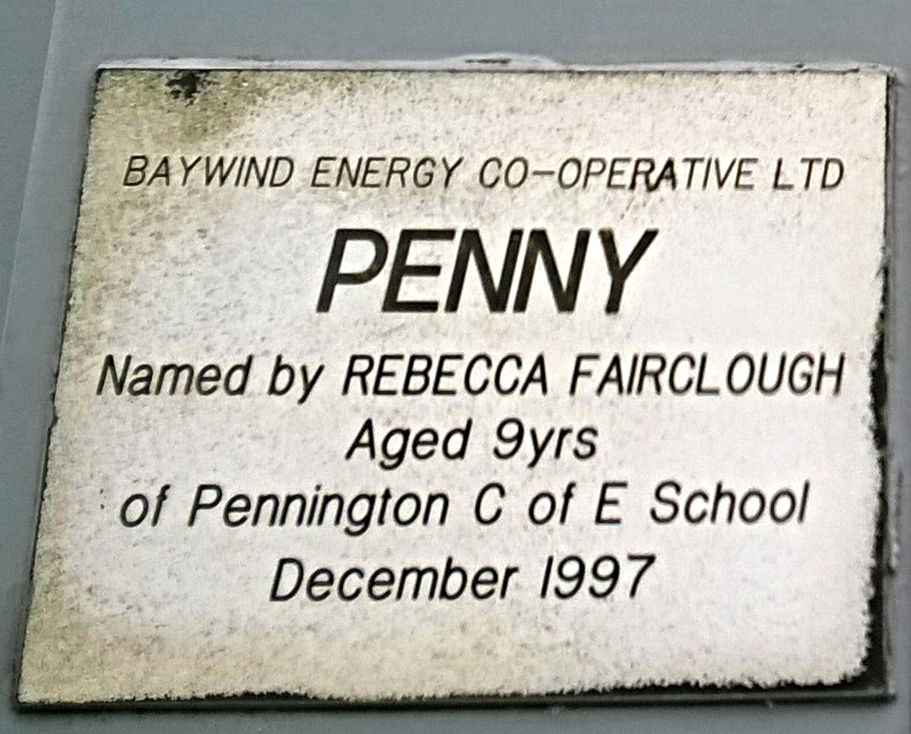 The name plaque of the wind-turbine we went into.


Each wind turbine was named by a local child, who entered names into a competition. We were told that some of the more exuberant names put forward by the children (but sadly not chosen), included 'Buzzing Rocket'. 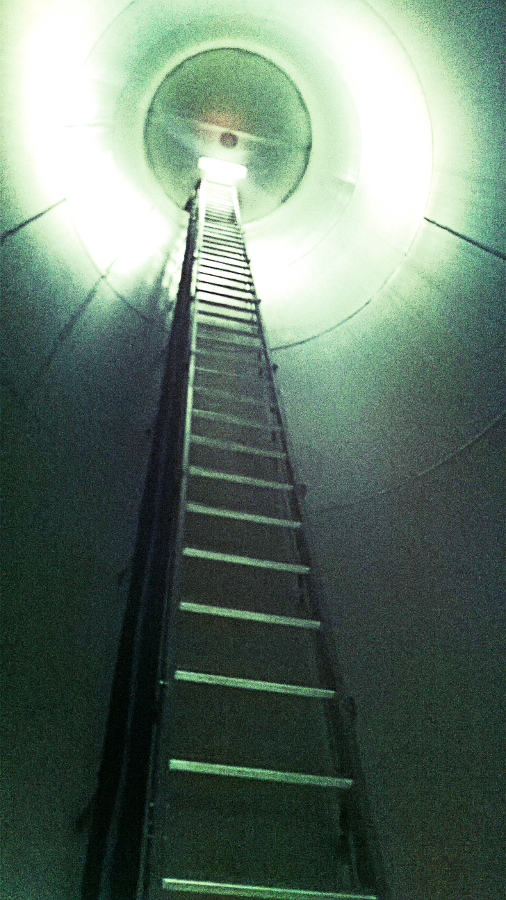 Inner-ladder leading to the top of the Wind-turbine and its gear box.


We were lucky enough to be shown inside the wind turbines, although we did not climb all the way up the 6-7ft ladders for safety reasons. Additionally, we were given the pleasure of switching on and off the wind turbines whilst we were in them. The effect was humbling, knowing that we were in-charge of such colossal structures. Interestingly Jack (Site Manager) says that he is able to control the wind turbines from his office at home, and is even called on his mobile by the turbines when they have a malfunction. 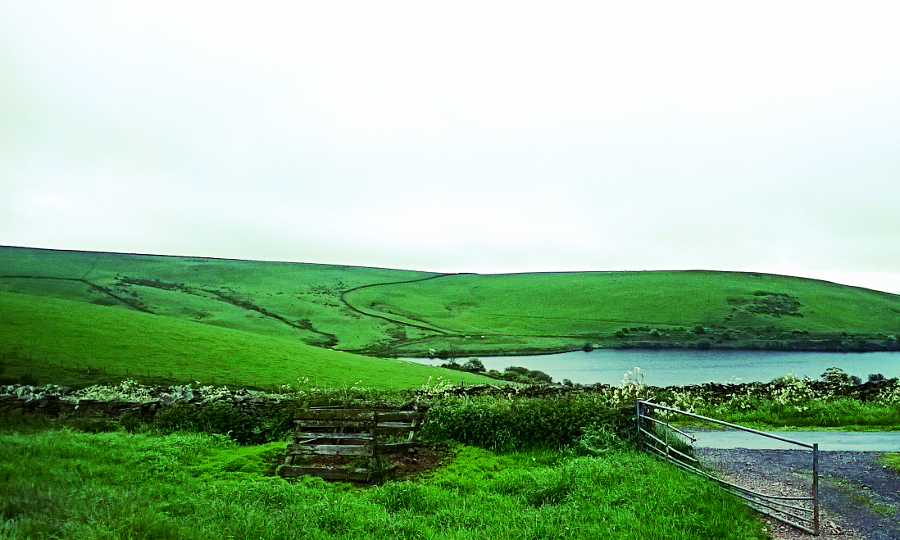 View from Harlock Hill overlooking the Valley opposite.


By this point it was raining and we were having to film with an umbrella being held over the camera equipment. We soon switched locations to their offices in Barrow-in-Furness and met the rather wonderful Baywind office team.


It was in one of the conference rooms that we interviewed Baywind's Chairman David, about the challenges and successes of the project so far.


We also had interviews with four people who had directly benefited from the Baywind project, either through donations to help make their community centre more energy efficient, or through advise, or through money that being shareholders in a community project brings. We also had a thought-provoking chat with Jean McSorley former leader of Greenpeace UK; Asia; and Australia's Anti-Nuclear campaigns. 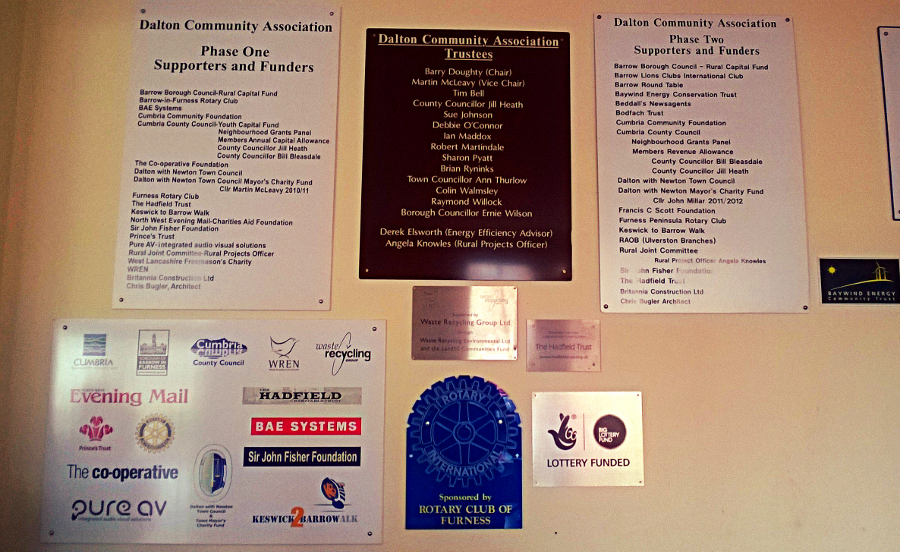 The awards, sponsors, supporters, funders, and names of trustees for Dalton Drill Hall. You can just make out Baywind on the white plaque second from the right.


We finished the day in Dalton-in-Furness where we took some shots of Dalton Drill Hall, which was due for demolition, but was saved from this fate through donations from Baywind coop and other charitable sources. The Drill Hall now additionally acts as an example of energy efficiency, for the community of Dalton.


Projects like these highlight how community energy cooperatives can not only provide reliable renewable energy to members, but can also help sustain local communities. 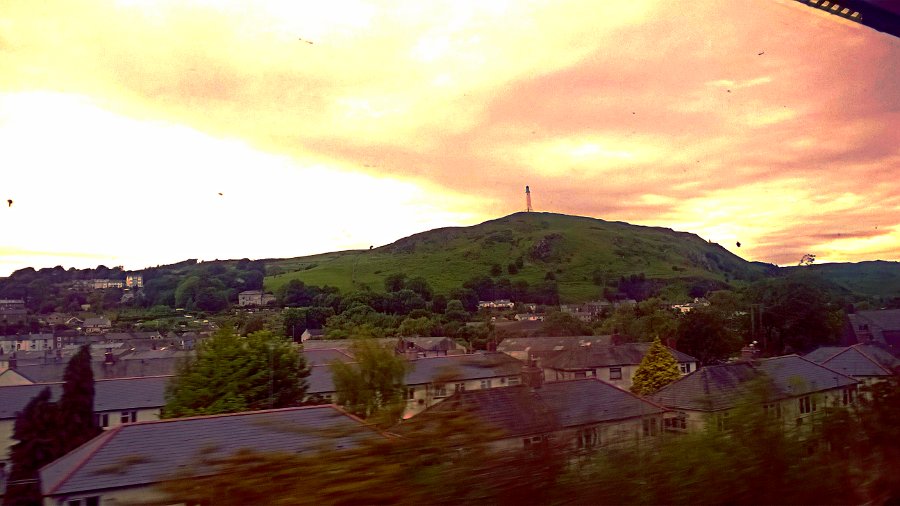 We rounded up the day with a cold drink, and left to catch our train home. 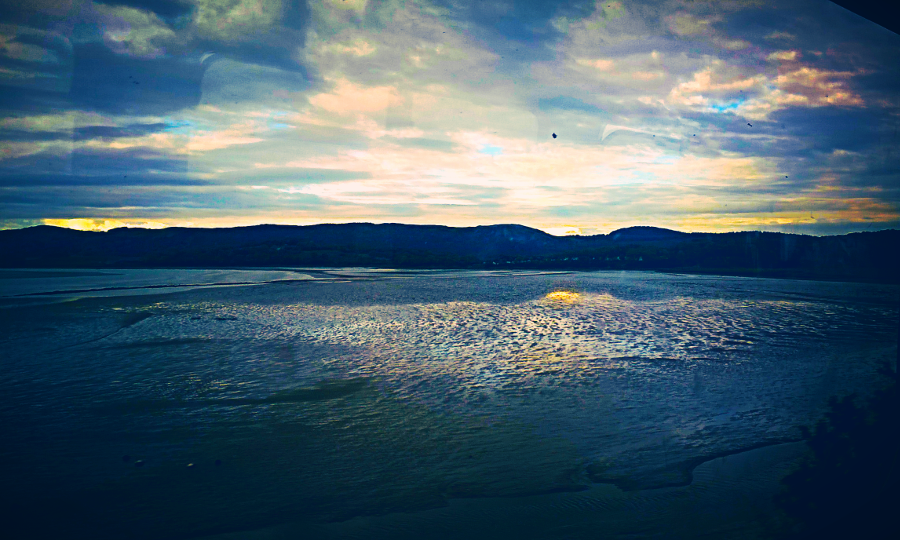 We would like to wish Baywind the best of luck with repowering their Harlock Hill site (to be renamed Furness Hill) so that they can provide even more renewable energy to people, and continue to help sustain their local communities.