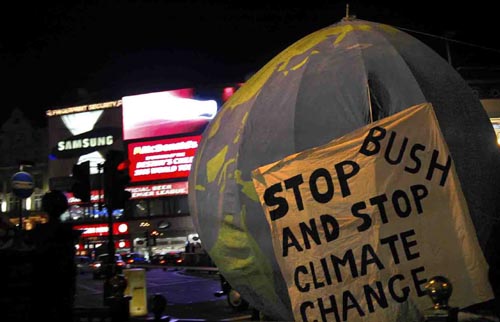 We marked the re-election of George Bush with a "Global funeral March" to show where his policies are taking us! We lost no time in showing how we felt about his re-election. Just two days after the election on the evening of Thursday November 4th we held our "Rally for the Planet at the US Election", which took the form of a 'Global Funeral March'. 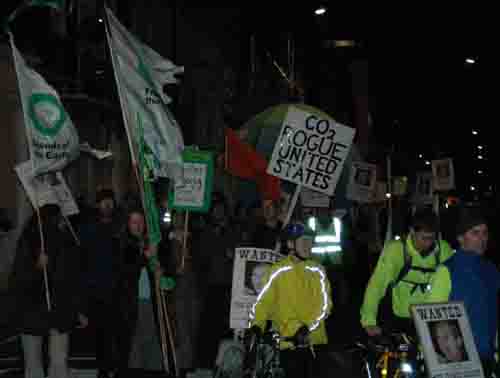 Hundreds of protestors gathered at Lincoln's Inn Fields to march off through the centre of London with our familiar 'Globe in a Greenhouse' out in front, proclaiming the message that Bush's re-election was a disaster for the global environment. There was our giant 'wobbly' globe bearing the message "RIP thanks to George W Bush" and a host of 'mourners' in funerary, or more colourful gear, with sounds coming from the famous 'Rinky-Dink' bicycle sound machine - and the 'Soapbox' bicycle sound machine belting out the message, too. Early on, we marched past the London offices of ExxonMobil (Bush's primary oil-company paymaster) where a large boo went up as usual while a group of spoof 'climate-sceptic' scientists were taking the message to passers-by about how US oil company money is funding a campaign of disinformation on climate change - as well as determining Bush's climate policy (see further www.exxonsecrets.org/ ).
At the US embassy, Phil Thornhill, CCC coordinator, exhorted America to "Wake up to the reality of the destabilisation of global climate" and then the assembled crowd listened to speaches from Jean Lambert, the Green Party MEP for London, Bryony Worthington from Friends of the Earth, Dave Timms from the World Development Movement and Murad Qureshi, Labour GLA member and representative of the Bangladeshi community.
There was nothing we could do to stop Bush's re-election but it was good to at least get on the streets straight away and register our protest against him and all the damage he has already done - and may do in the future - to the global environment. America may have re-elected him but the battle to save our planet - and our future - from Bush, and his fossil-fuel-industry-sponsored cronies, goes on! 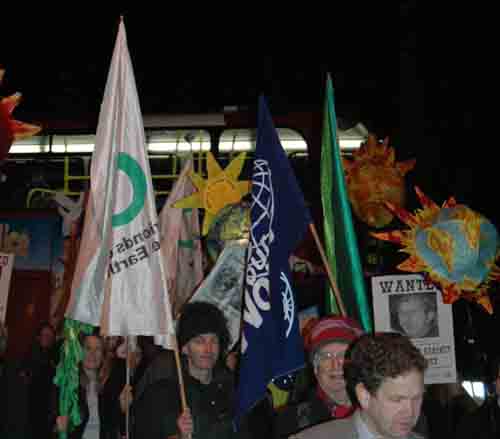 More photos (from FoE) are below 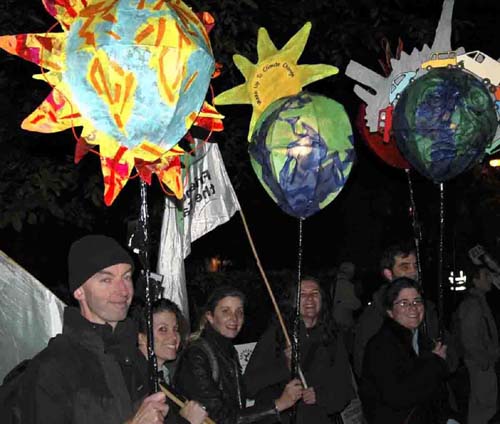 A Friends of the Earth posse 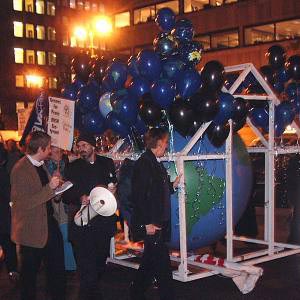 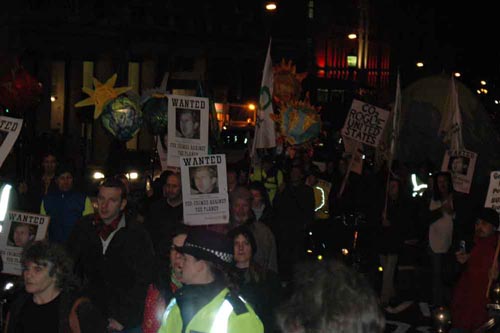 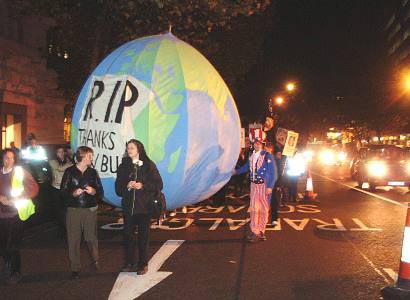 The big wobbly globe, which manages not to collapse this time 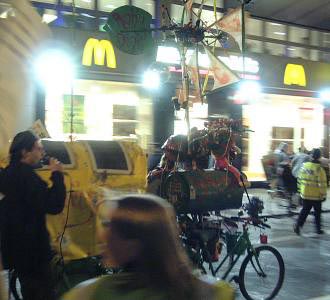 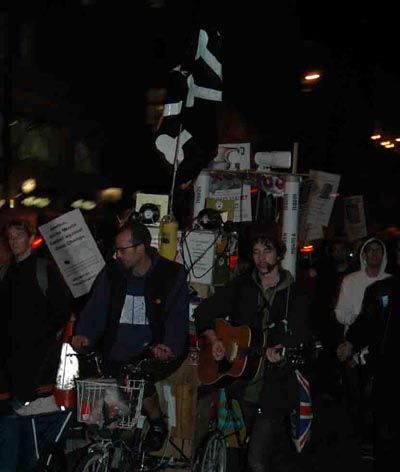 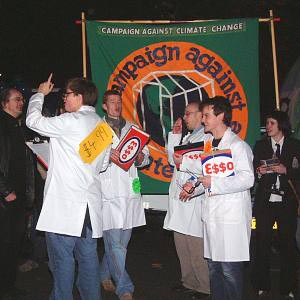 A bunch of crackpot scientists who insist that their claim that climate change
is a myth has nothing to do with the fact that they are funded by a
well known Texas-based oil company. 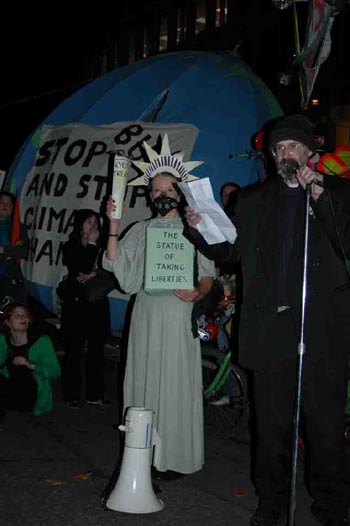 Speeches in front of the US embassy: Phil Thornhill, CCC co-ordinator speaking 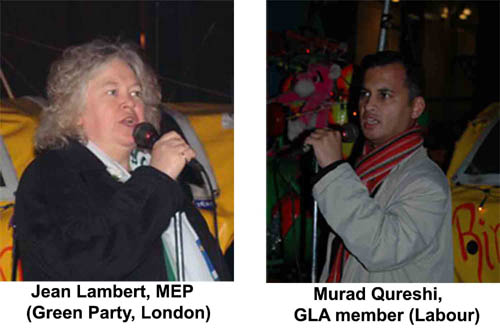 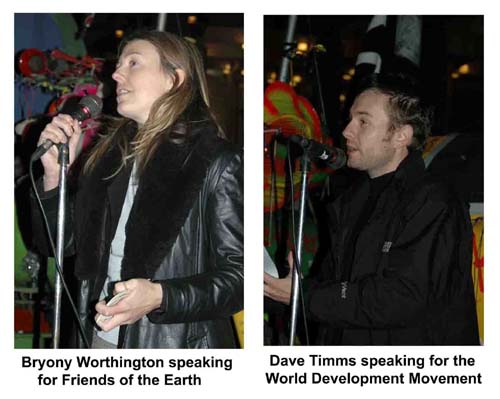 Our 4 eloquent speakers deplore the election result!
Weight:
0
‹ 2004 events up Film Premiere of 'The Day After Tomorrow' ›