US Election: Demo against fossil fuel money in US politics 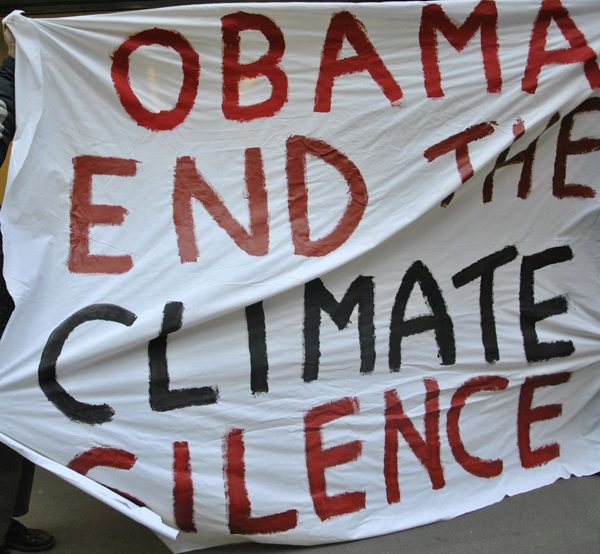 3.00 pm to 5.00 pm: Activists demonstrated outside the UK HQ of 'Koch International' at Fountain House, at 130 Fenchurch Street, in the City

5.00 pm to 6.00 pm:  Acticvists boarded the "Dirty money and climate lies" open-topped bus for a ride from the City to the US embassy at Grosvenor Square.

Activists called for Obama to break his self-imposed 'Climate Silence', to stop allowing the extreme right to dominate the agenda on climate, and to take action on climate at home and stop sabotaging progress at the international negotiations.

There were quotes from Mitt Romney, Paul Ryan, Rick Santorum, Michelle Bachmann, Ron Paul, Senator James Inhofe, Dick Armey et al on why "God wouldn't allow global warming" and it's all a socialist-inspired hoax. Photos were taken of Romney and Obama as puppets manipulated by the Koch brothers, of the "Obama End the Climate silence" banner (photo above) etc...

The US has stood out as the only significant nation to consistently reject the Kyoto protocol, the only international treaty so far negotiated on climate change and is still the biggest immediate barrier to effective internationally coordinated action on climate (see e.g. here).

As the world's most powerful nation the US inevitably has a huge influence on the international process - which makes it all the more damaging that in the last few years, as part of a Tea-Party-led lurch towards right wing extremism, one of the two major parties of the US has become dominated by an overtly climate-sceptic, or denialist, agenda. This politicisation of what should be a rational, science-based debate has had hugely damaging repercussions, with a parallel climate-sceptic take-over of the mainstream right wing party in Australia and knock on impacts in other countries, including the UK where the right wing of the Tory party is feeling the magnetic pull of "tea party politics".

A dominant factor in all this has been the power of special interests and the corporate funding of climate-denial along with extremist right-wing politics. The biggest funder of climate denial - as identified by US Greenpeace - have been the Koch Brothers - also identified as a major funder, and even part-instigator, of the "Tea Party". The CCC has already organised two protests outside the London HQ of the International arm of their massive privately owned business conglomerate - see here and here. 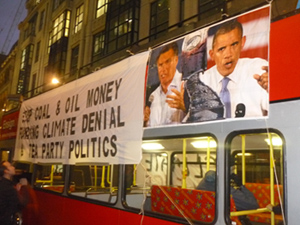 disinformation on climate change.  Campaigners then boarded an open-top bus to take the message through the streets of London and symbolically link fossil-fuel industry cash with the US government and election. There was then a demonstration outside the US embassy, calling on Obama to "End the Climate Silence" , speak out and take action on climate change.

Join our Facebook event.   For the role of climate change in creating the Hurricane Sandy "Frankenstorm" see here and here. 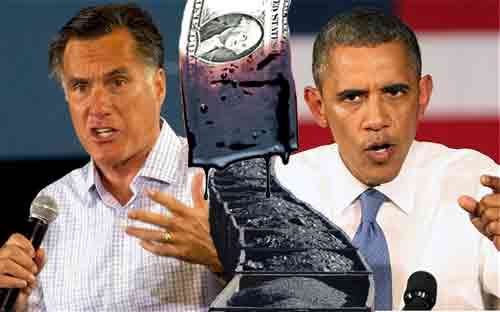