Got plans for the summer? Climate actions across Europe

Climate action is heating up this summer. Check out these action groups organising across Europe 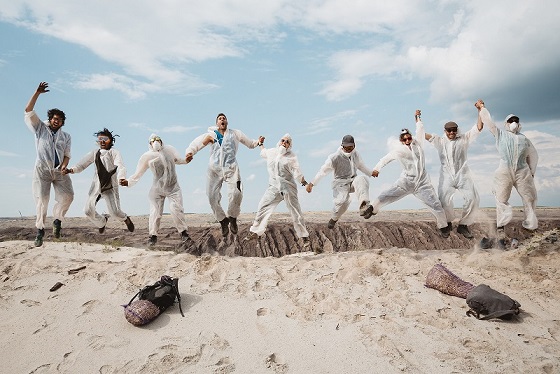 Picture above from Ende Gelände (information below drawn from their very useful newsletter!)

Climate Camp in Austria (30th May to 3rd June)

This camp will feature the Climate Games, an event where participants form small groups and engage in "flash-mobs, street-art and climbing actions" and other non-violent forms of protest. Organised by System Change, not Climate Change!, this camp will be set up near Vienna.

Activists will be cycling around Hamburg's port and protesting at several locations.

Last year, grassroots organisation Limity jsme's camp brought together over 300 people in the north-Bohemian mining region to disrupt the activity of several nearby coal mines. This year, they are taking action once again against the Czech government's aggressive mining policies with "discussions, workshops, cultural shows and protests". The event focuses not just on mining but also on the causes of climate change and on renewable energies.

This climate camp in a mining region in the north-west of Poland (exact location TBA) emphasises its focus on the community and its bottom-up approach. Topics of discussion include labour and solidarity.

This camp also aims to oppose coal mining; as well as protests and talks, it will feature the Degrowth Summer School as a guest.

The Climate Games will be coming to the city of Basel, which contains a major oil port.

This region has been hosting climate camps since 2010. This year, it appears the focus will be more on education and discussion than protests.

Code Red is organising a day of mass action against natural gas extraction in the region of Groningen. The camp will also focus on gas extraction, although the programme is yet to be announced.

Ende Gelände is aiming to protect the Hambacher Forst from coal mining by carrying out acts of mass civil disobedience.