"BUSH TAKING US THE WAY THE DINOSAURS WENT" 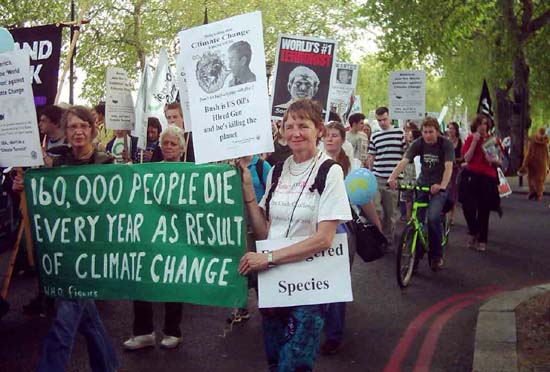 3 YEARS AFTER BUSH DUMPED KYOTO
AND OUR THIRD 'KYOTO MARCH' HITS THE STREETS !

It was another long march from ExxoMobil HQ, near Leatherhead (20 miles !), for the elite band of enthusiasts who went the whole way: our way of showing that its oil-money that determines Bush's policy on climate change - not the vital interests of everybody who lives on this planet. For those of us who spent the night before in 'Tanner's hatch' Youth Hostel, there was nature's alarm clock - a cockerel - to wake us up at 5.30 in the morning: something, however, he'd been doing at half hourly intervals all through the night !

Our theme was "Bush taking us the way the Dinosaurs went" and a colourful band - including a triceratops and a tyrannosaurus rex - set out from the Exxon HQ, early in the morning. More people joined at Epsom, Morden and the halfway stop at Wimbledon. Finally the long-marchers trooped triumphantly into the Imperial War Museum Park, in Lambeth, to the deafening applause of the assembled crowd. They - and the crowd - were then treated to a great speech from the Green MEP - Caroline Lucas - who caught the very special mood of the occasion magnificently.

Then the colourful throng - enlivened by the legendary 'Rinky Dink' bicycle sound system - hit the streets of central London, with assorted prehistoric reptiles and many other animals - chiefly human beings - wearing the sign "Endangered Species". At length the source of the danger was reached (or its symbol in the UK), namely the US embassy, where - after the customary confused hiatus - we were able to appreciate speeches from Michael Meacher MP (Environment Minister, 1997-2003) and Norman Baker, MP (Lib Dem shadow Environment spokesperson), who both lambasted very effectively the moron in the Whitehouse. At the same time a quartet of 'pall-bearers' from 'CodePink', carrying our 'late' planet, provided a great photo-op for the cameras. Finally Liana Stupples spoke for Friends of the Earth and then we wound down to the sound of the 'Eco-Worriers'. 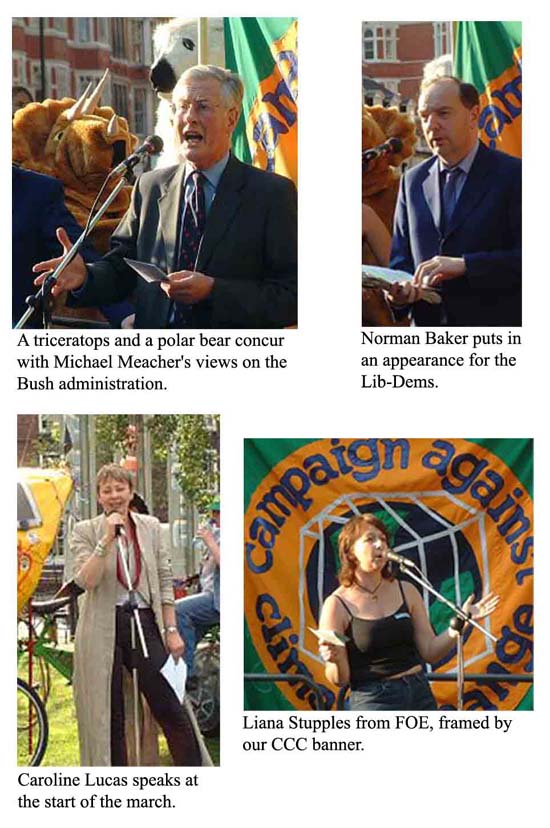 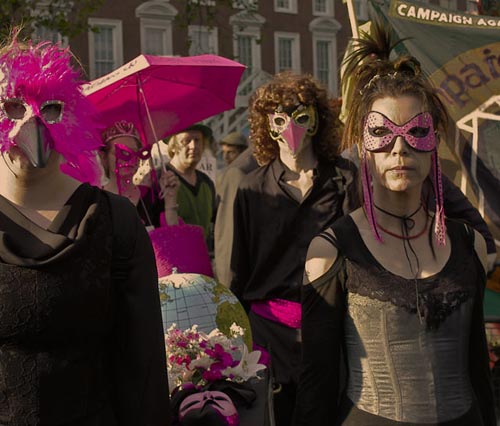 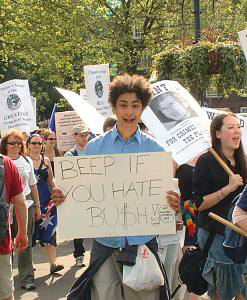 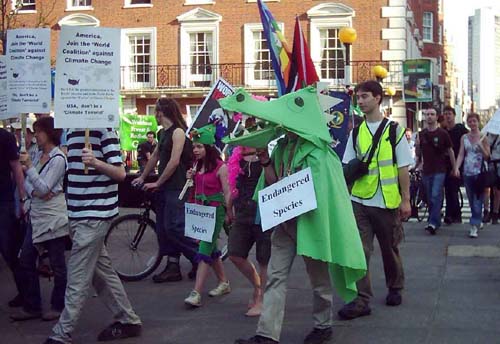 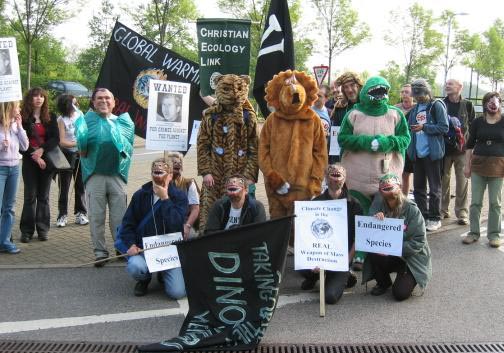 Here is the trusty band of all-the-way marchers - dinosaurs, (anti)Esso-Tigers, and all - at the start of the march at Exxon (Esso) HQ, near Leatherhead. Its 20 miles from here to the US embassy. 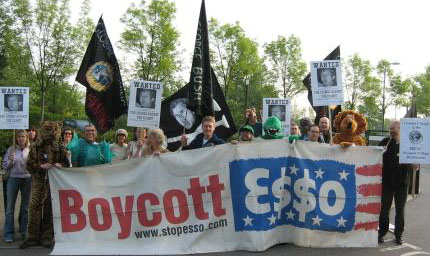 And the same band with a message for the people in the Esso building. 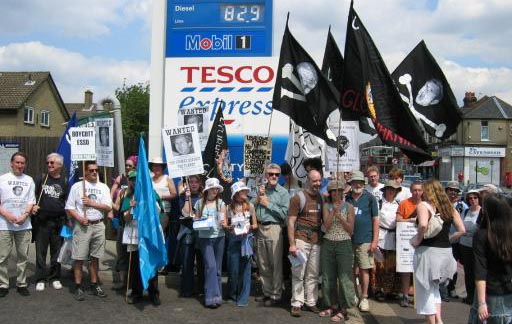 And this is the trusty band 10 or 12 miles further on (with others joined up along the way !) at the Esso petrol station, Colindale. 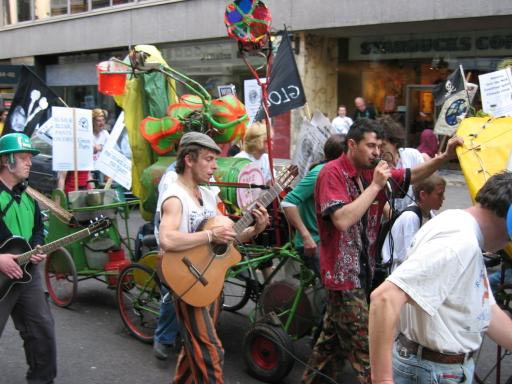 The famous 'Rinky Dink' bicycle powered sound machine - on the main march (from the Imperial War Museum to the US embassy) now. 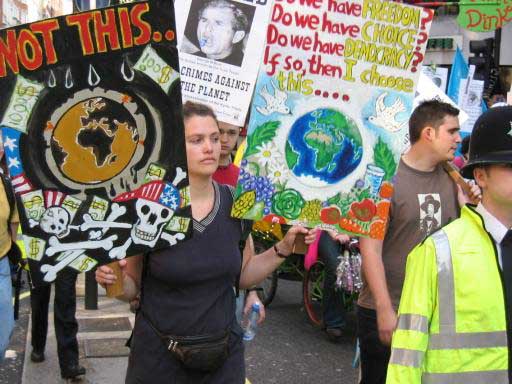 Artistry with a message, on the march.