Despite pressure from campaigners, which was strongly felt within the negotiation, the 'usual suspects' delay, yet again, the commitment to cut down carbon emission in shipping. The decision whether to regulate ships speed is on hold until next year. Read more here

At the UN International Maritime Organization negotiations behind closed doors about global shipping emissions were opened up to the voice of the youth climate strike movement! The video above includes some of Noga Levy-Rapoport’s speech as delivered to delegates, with clips of protest actions outside. Text of Noga's speech below.

Every one of the delegates from around the world also received a gift of a paper boat made by children with a message asking them to act on the climate emergency. Most came from local children but we also received boats from as far away as Bali, and young people in Fiji sent a solidarity message (pictures below) 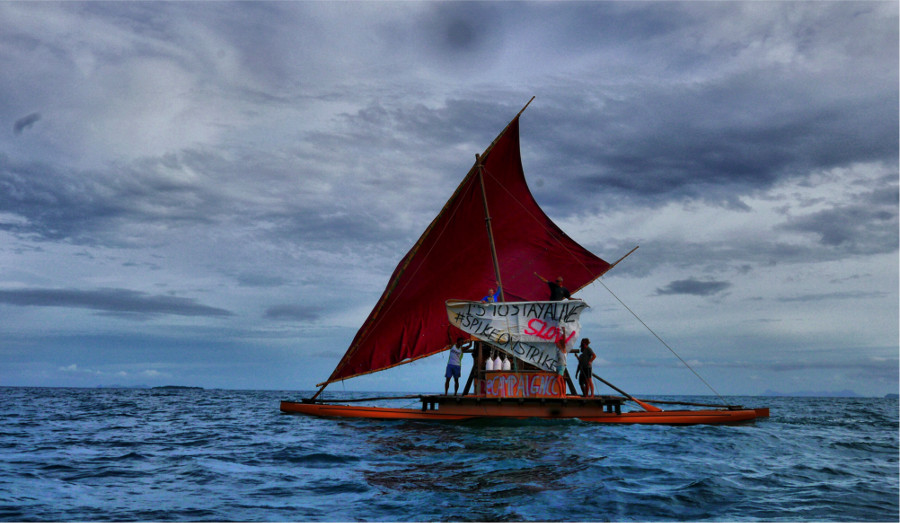