Campaign against Climate Change stands in solidarity with the HS2 protesters at Euston. On 27th January, the National Eviction Team began their eviction of protesters from Euston Square Gardens.

Since August 2020, protesters have occupied the space in order to disrupt HS2’s work to build a taxi rank where 53 trees and a public green space used to be. Protesters have spent the past few months building treehouses and a 30-metre tunnel to make their eviction more difficult.

Reports from the site say that protestors have been denied food and water, and the NET are using torture tactics like depriving the activists of sleep. In the tunnel, there is a shortage of oxygen, five internal tunnel collapses and an influx of liquid mud. There have been reports that the NET are preventing the tunnellers from clearing soil and water from the tunnel. HS2 have also been breaching regulations that state that no machinery can be operated within 100 metres of the tunnel – they have been continuing construction and riding cherry pickers over the tunnel. These actions are completely inhumane.

HS2 is the most expensive infrastructure project in the UK, costing the taxpayer more than £100 billion. And yet its carbon benefits are highly questionable. Its construction will cause an estimated 8 to 14 million tonnes of CO2, with the first phase expected to be completed around 2030 and the full network by 2040. To set against this, over the first 60 years of operation HS2 Ltd estimated that it would save only 11-12 million tonnes of CO2. Therefore there is no strong evidence that the project will be carbon neutral even by the end of this century.

Considering the carbon reductions and job creation which could have been achieved with £100 billion invested in cutting car dependency through spending on buses, improving local rail services, cycling and walking, HS2 is a massive waste of money.

HS2 will destroy or irreparably damage 108 ancient woodlands, 693 wildlife sites (five of which are of international importance and protected by UK law) and 33 Sites of Special Scientific Interest as well as 1740 houses and businesses. HS2 has been made even more illegitimate by continuing work during the current pandemic, regardless of the dangers of the virus to the construction workers employed on the site and the communities they are part of.

All eviction efforts should be halted.  We support HS2 protesters at Euston and every HS2 protester to date for their courage and bravery in the face of this destructive vanity project.

We've had the big announcement: Boris Johnson’s ten point plan for a ‘Green Industrial Revolution’. But following initial positive headlines, the details start trickling out. £12 billion was announced, but just £3 billion, it emerges, is new money. This is paltry. Other countries have already made much larger commitments, including Germany's green stimulus of over €40bn and France around €35bn.

Most importantly, how does it stack up compared to the scale of the task facing us? Two years on from the IPCC’s ground-breaking report calling for an urgent transformation of the global economy to stay within 1.5C above pre-industrial levels, global emissions are still (excluding the limited impact of the pandemic) on an upward trend. As temperatures continue to rise, sea level rise is accelerating as polar ice melts. And in the background a steady stream of records broken for ‘natural’ disasters like hurricanes and wildfires, hitting the poorest hardest.

The UK’s carbon budgets reflect out of date targets, an 80% cut in emissions by 2050. Previous policy failure means we are nowhere near on track to even stay within these deficient targets. This latest set of announcements is therefore doubly inadequate. It leaves a major hole in meeting even these out of date commitments. However we don’t just need to close that gap. Last year the government set a new climate commitment of ‘net-zero’ carbon by 2050. In relation to this new target, the gap is even greater. But unfortunately even ‘net zero by 2050’ doesn’t cut it. We need to act even faster than 2050 to be compatible with the Paris Climate Agreement.

Meanwhile, we also face a devastating pandemic leaving in its wake widespread unemployment. Now is the time for a real climate jobs programme to tackle the climate and jobs crises.

What would a real 10 point plan to tackle the climate crisis look like?

Climate change cannot be tackled as an add-on, or a piecemeal approach that takes us one step forward, two steps back. We need a commitment that every economic policy, every spending commitment, every piece of legislation, will put us on track for a safer future, not jeopardise it by locking us in to business as usual.

If the government had really taken on board the scale of the crisis, it would be rethinking the policies of unconditional corporate bailouts, planning deregulation, aviation expansion, road building, stifling onshore wind. It would not be giving a £16.5 billion windfall to military spending.

2. Meeting the needs of both people and planet

Austerity has left us, more than ever, with a grossly unequal society with continued deep inequalities in race, gender and for disabled people. Underfunded public services are struggling. The move towards a zero carbon society must also ensure access to food, healthcare, education, income, job security, good, affordable, housing, clean and affordable energy and heat, public transport, clean air and green spaces for everyone.

There is huge public support to ‘build back better’ as part of recovery from the pandemic, investing in public services and frontline workers. Instead, a public sector pay freeze is being mooted. These are the wrong priorities: we need huge investment and expansion in the public sector and the people who work in it.

Boris Johnson has tried to compare his plans to Franklin Roosevelt’s New Deal. In today’s money, Roosevelt’s spending programme amounted to about £4,300 – for every American living through the turmoil of the Great Depression. In contrast £12 billion is about £180 each.

Our own ‘One Million Climate Jobs’ report or Green New Deal plans give more of a sense of the levels of investment and ambition needed if the government is taking this seriously. Other recent analyses include an IPPR report which estimates that £33 billion a year in additional annual investment is needed to meet the government’s net zero target, creating 1.6 million jobs, including £8 billion on homes and buildings and £10.3 billion on transport.

The pandemic has shown that money can be found. It has been found for other spending, including billions to private companies for medical supply and services in contracts awarded with no oversight, regulation or transparency. These are the sums of money that now need to be directed into tackling the climate crisis, sums that can actually make an impact in reducing emissions and would truly justify the term New Deal. 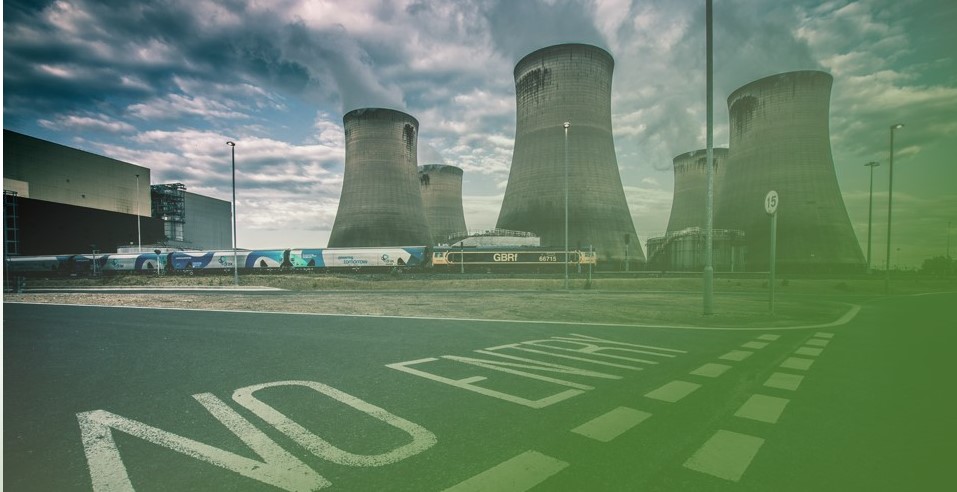