Roads, runways, and airport expansion in the Climate Emergency era 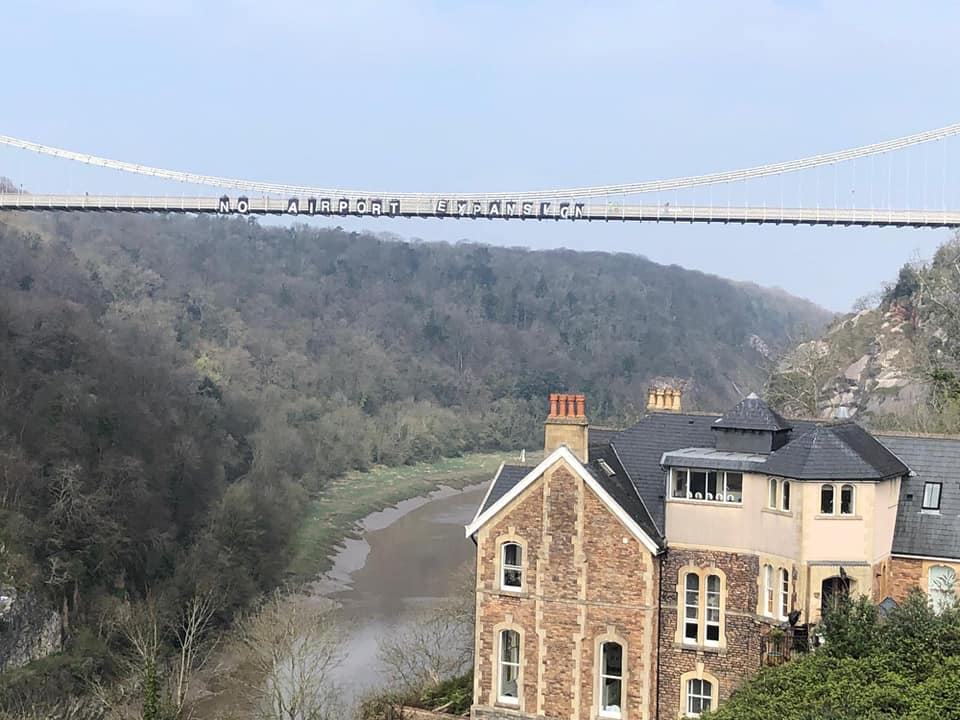 Just as in Canada, however, many of these declarations have not yet translated into concrete action. As transport is now the highest emitting sector in the UK, it is clear that we need to take major steps to discourage car use if we are to meet emissions reductions targets. Even so, Shropshire, which passed a climate emergency declaration in May (although without the 2030 target originally proposed), is pushing ahead with plans for the new North West Relief Road. In March Herefordshire also declared a climate emergency, but it has not so far cancelled plans for the Hereford Bypass, despite demands from campaigners. Instead of continuing to channel public spending into environmentally damaging schemes, public authorities should be redirecting this money towards low carbon alternatives including public transport.

Emissions from aviation also remain one of the biggest concerns. As the debate about the third runway at Heathrow continues to rage, local airport expansions are also on the cards. Bristol, for example, which has recently set a 2030 target to reach net zero emissions is currently considering an airport expansion that would lead to an increase in emissions nearly as great as those from all other homes, transport, and industry in the city of Bristol.  Meanwhile Manchester City Council, which has been praised for its goal of becoming carbon neutral by 2038, has left Manchester City Airport out of its climate action plan entirely.

It’s clear then, that local authority decision-making – at least in some areas – hasn’t yet caught up with local authority rhetoric. So what does that mean for campaigners? Should we abandon efforts to get climate emergency declarations passed, as some critics have recently suggested?

We think not. Although we’re still far from seeing the action needed to address the climate emergency across the board, there are reasons to be hopeful. In Oxford, for example, the language of the climate emergency and the work of climate campaigners continues to inform the debate about the controversial new Oxford-Cambridge Expressway. And when passing its own climate emergency declaration in March, Bath and North East Somerset Council voted to include opposition to the Bristol Airport expansion plans as a key part of that resolution. Even in councils where an emergency has not formally been declared a shift in thinking is starting to take place. Uttlesford District Council, for example, recently withdrew its support for plans to expand nearby Stanstead Airport citing the need to consider the impact of increased greenhouse gas emissions as a factor in its decision.

These examples show that while its worth maintaining scrutiny about the potential for the term “climate emergency” to be co-opted, climate emergency declarations can nonetheless provide another string to the bow for campaigners seeking an end to a business as usual approach to carbon-intensive infrastructure projects.

Click here for ideas about next steps local councils can take once a climate emergency has been declared.